Every aspect of our lives is shaped by the state. How do social theorists conceptualize the state? How did the modern state come to be? From where does it derive its legitimacy? We will look for the answers to these questions in the works of Marx, Weber, Foucault, Bourdieu, James Scott,  feminist scholarship, as well as libertarian and anarchist scholarship. We will then talk about how the involvement of the state in social and economic life has varied cross-nationally, and seek to understand in what ways the American statecraft is considered “exceptional.” We will learn about welfare states, penal states, racial states, straight states, submerged states, authoritarian states, strong and and weak states.

The History and Future of Capitalism This course focuses on the historical origins and rise of capitalism, as well as its failures and its future. Capitalist economies have generated growth and innovation. They have also generated inequality and caused massive exploitation. What is capitalism? How has capitalism evolved? What are its moral foundations? What types of capitalisms exist across the world? What is racial capitalism? Is an egalitarian capitalism possible? What are the unique aspects of American capitalism? How did the rise of finance in the last few decades affect state-economy relationship? Why do capitalist economies end up in decline and failures every so often? What do we learn from these crises? Can capitalism be reformed?

In this advanced research seminar, we will study law through a sociological lens. We will ask: What is law? We will talk about what it means to think of law as a social construct. We will explore how these questions have been answered by social theorists like Marx, Weber, Durkheim, and Foucault, and by legal scholars writing in the tradition of legal formalism, legal realism, and critical legal studies (critical race theory, feminist and queer legal theory). We will talk about the relationship between law and justice. What does it mean for laws to be unjust? What are the normative arguments that have been made about how to respond unjust laws? We will also talk about the place of law and courts in the American system of government.

This course will explore the role of law in the constitution of the economy focusing on the US case. 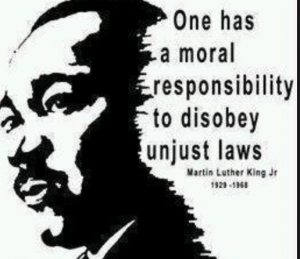 This course is designed to introduce students to the principles of research design, data collection, and social scientific analysis.